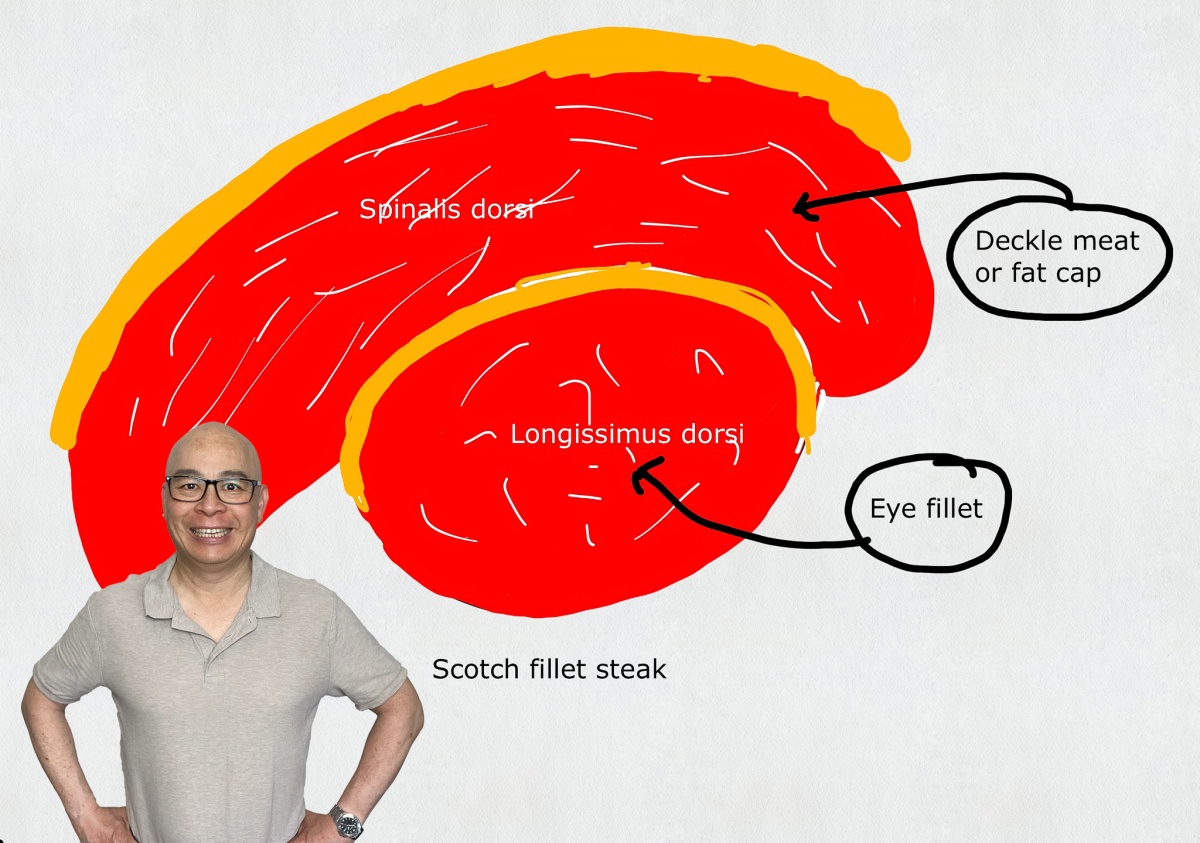 Yesterday, while grocery shopping I saw a nice thick piece of scotch rib fillet steak and thought it looked too good to go past.

Tonight I cooked the steak by the reverse sear method. That is, I start cooking the steak in a low-temperature oven and then finished the cooking with a hot but short searing on a cast-iron skillet at the end.

I also thought it would be nice to make a blue cheese sauce with some leftover Gorgonzola cheese.

Tonight was the first time I’ve made a blue cheese sauce. It was a great addition with the steak.

If you make this meal, please let me know. Leave a comment or contact me on social media.

I'm a Christian. I'm also a medical practitioner, specialist pathologist in microbiology, and Member of the Order of Australia (Bali Bombings investiture, 2003). View all posts by Gary

This site uses Akismet to reduce spam. Learn how your comment data is processed.

Recent Posts: What I think, watch, listen to, and eat each week

Going to the doctor to be tested

Weekend sport is coming back

Kale sprouts are back

Another trip around the sun